Can you imagine the stories we will tell when the COVID 19 pandemic is over? The speed at which things changed! The empty grocery shelves & toilet paper panic! The disappointment for students as their academics & extra curricular activities came to an abrupt halt. The cancellation of things we thought we couldn’t live without like sporting 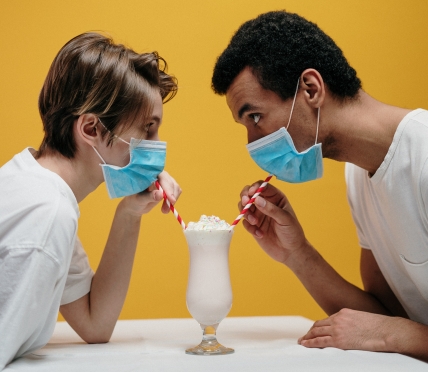 events & entertainment. The separation of family & friends. There will be good stories, too, like how amazing it was to come together as the church online.

We will also want to tell our God stories. As we seek God in prayer & in His Word, we will surely experience His peace, His comfort, His provision and His presence. We will want to tell how He was glorified and how His mercy & grace came through again & again as it has over the ages.

Some of my favorite childhood memories involve stories. Our extended family would get together on the weekend, and what I loved most about our gatherings was the singing and story telling! In between great old songs there would be stories that usually made us laugh, sometimes cry, but always left us wanting to hear more.

We didn’t know it at the time, but we were learning about what they loved, what they had survived, what was important to them, and a lot about their faith. Stories that marked my life and stories I’ll never forget.

Talk about stories to tell! In my Chronological Bible study, I am in the book of Joshua and it is packed full of adventure, battles, fulfilled promises and amazing illustrations of miracles by the hand of God that will take your breath away.

Joshua himself lived a life on the front row of God’s theater watching and experiencing Him deliver His people from bondage in Egypt, providing safe passage across the Red Sea, manna from heaven and His presence in their midst. Joshua was Moses’ assistant and was with him when he came down the mountain with God’s commandments. He was one of only two spies out of twelve that believed God would give them the land they had been sent to check out. In fact, after Moses died, he was appointed to lead Israel in to take possession of the land. He obeyed God’s Word and saw the walls of Jericho fall with a shout, and armies defeated by hail stones and the hand of God. His life was marked by faith in God so much so that he prayed for the sun and moon to stand still and it did! Can you imagine how many times that story was told and how many came to believe in Israel’s amazing God?

Earlier in the book of Joshua is a story of someone whose life was marked by stories she had heard of that same God. At the time, Israel was encamped across the Jordan from Jericho and Joshua sent in two spies to gather information. Rahab had taken in and hidden the two men. As they were hiding out, she goes to them and makes these amazing statements based on what she had heard about their God.

Joshua 2:8-11 “I know that the Lord has given you the land, and that the fear of you has fallen upon us, and that all the inhabitants of the land melt away before you. For we have heard how the Lord dried up the water of the Red Sea before you when you came out of Egypt, and what you did to the two kings of the Amorites …And as soon as we heard it, our hearts melted, and there was no spirit left in any man because of you, for the Lord your God, he is God in the heavens above and on the earth beneath.”

Rahab didn’t know much about God except what she heard but it was more than enough to light a fire of faith in her heart. Whatever gods she had known in Jericho did not compare to what she heard and came to know about the One True God.

And don’t you just imagine she told her God story over and over. Can’t you just hear Rahab, as a grandmother, with grands all around her leaning in closely so as to not miss a detail of her story?  She would surely tell them how Israel had marched around the city not once but seven days in a row, horns blowing and then on the seventh day they just shouted and the walls came tumbling down and she and all her family were rescued!  If you’ve ever told a child a story you’ll know they most likely would have said, tell it again, tell it again!
So, with all that said, think about this. Joshua, Rahab, you and me – such different lives and times, yet, something very much in common.
Lives marked by hearing and believing.

Joshua’s family heard God’s instructions to wipe the red blood of the Passover lamb on their doorpost and they were rescued from the angel of death.
Rahab heard the words of the spies and let down the red cord from her window and she and her family were all rescued as Jericho fell.
We have heard the Word of God and believed in the red blood of Jesus Christ, shed on the cross to pay the penalty for our sin and we are redeemed and rescued.
All of us marked by faith. Faith in a God who wrapped us all up into His grand and glorious story.

So the question for us is:
What stories are you telling?
What God stories have marked your life?
Who might hear and believe?

We don’t have to wait until the pandemic is over ~ the time is now.  Sing with me…my family would be so proud of us and are probably singing along, too.

“So then faith comes by hearing, and hearing by the Word of God. Romans 10:17” 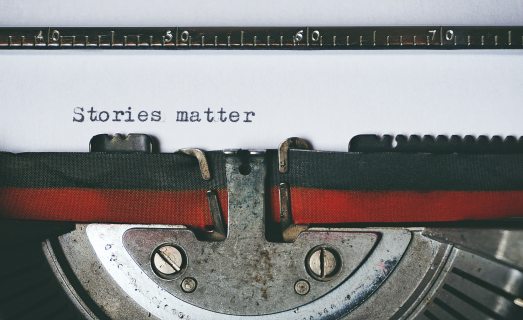