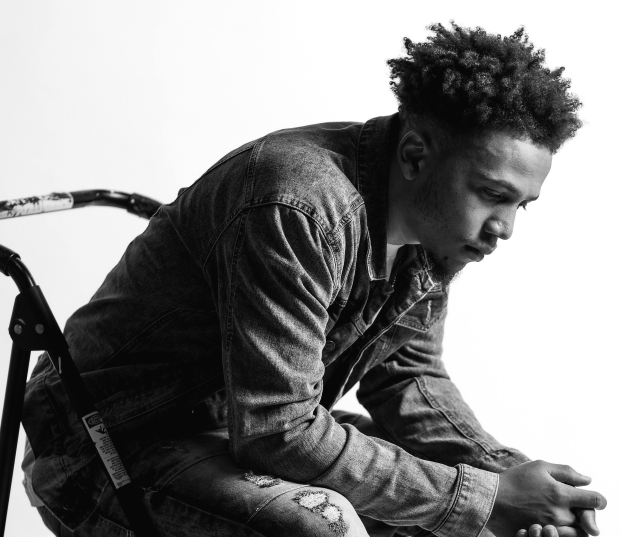 I noticed him facing my direction. I am a bit of a people watcher, I take mental inventories and notice things. My eyes are constantly darting back and forth. I typically notice my fellow shifty-eyed, people-watching, cohorts.

I took notice of him as he was looking in my direction yet, he was not looking directly at me. He was alone and I felt a pang of sympathy and sorrow for him.

I wondered if it were just his lunch break at work or if he had met with some tragedy that had afforded him his lunch alone. For a brief moment the thought crossed my mind, given the choice, would I choose to enter a busy restaurant and dine alone. I decided I would have opted for my meal to be shoved into a paper bag and would have eaten it in my parked car.

I surveyed the crowded dining-area of the bustling fast-food restaurant that day. I made a mental note. In the following weeks of the Christmas shopping season places like this would be filled to capacity on any given day of the week, but today, there he sat all alone.

I made note. His food was delivered to him and he folded his hands in his lap, closed his eyes and bowed his head. I watched, occasionally his mouth moved and formed word fragments, all silent. I recognized immediately that he was praying. I felt intrusive and averted my gaze. I instinctively made an attempt at conversation with those with whom I was sharing my table. I made small talk, yet I could not keep myself from
glancing back and his head remained bowed. I don’t know for how long, but I made note he had a salad and was glad at least that portion of his meal wouldn’t be cold.

I have no idea what he was asking or saying. No idea what expressions of gratitude or reverence he expressed, but it mattered not. I was struck as I watched him eat his meal how wrong I’d been about him being alone. He wasn’t alone. Jesus Christ sat opposite him and in his quiet petitions I have never been more aware of the presence of my King for another as I was in that moment.

Tears welled up in my eyes, so much so that the Modern Day Bethany 3 thought I was having a moment with my sandwich.

The King’s Word promises he will never leave us nor forsake us. (Hebrews 13:5) It also promises that where two or more are gathered, He is there. (Matthew 18:20) I then pondered His name Immanuel, literally God with us (Matthew 1:23) and I realized that fall afternoon that one of those two can be THE ONE, and by the power of the Holy Spirit, despite what appears to be one in the physical, when we have Christ we are never alone.