I hadn’t seen my friend in a long while. Whenever we see each other she hugs me big. I am not a big “Hugger.” Some people are. Some people will throw their arms around another and squeeze. I’ve known some Huggers to even make a um-um sound as they give the Huggee the Hugger’s most valuable form of affection. Most people find it surprising that I am not a hugger. The conversation usually goes a bit like this:

Me: “ I am not really much of a hugger person.”
Hugger: “What? No! I’ve hugged you lots of times. I wouldn’t have guessed you weren’t a hugger.’
Me: “Usually I stiffen up, brace myself because I know you are a hugger. Have you never noticed that?”
Hugger: “Hmm, now that I think of it I have.”
Me: “The stiffening is usually a good indicator of a non-hugger.”

As my friend saw me coming down the work hallway, maybe she heard me talking because before I knew it she was coming at me full throttle. Her arms were in the ready position before I had time to lock my knees in preparation for the inevitable impact. She squeezed and even twisted a tad. She told me she sure was glad to see me and I told her I was sure glad to see her. She then explained she couldn’t visit long because the one for whom she had been caring “Has all the things.”

All the things. A quick survey and I saw that she was correct.

All the things, for all the reasons.

A this to manage a that. A one of those for some of it. A little thing for a small amount. A large one for substantial volumes. One of those objects for that particular purpose. That implement for that impetus.

All the things, for all the reasons.

I have pondered much on that as of late. All the things that is. I have found myself saying it often.

“I am not able to do that because right now I have all of the things to take care of.”

“She isn’t feeling well. She has all of the things.”

I have found that I casually say “all the things” all the time. 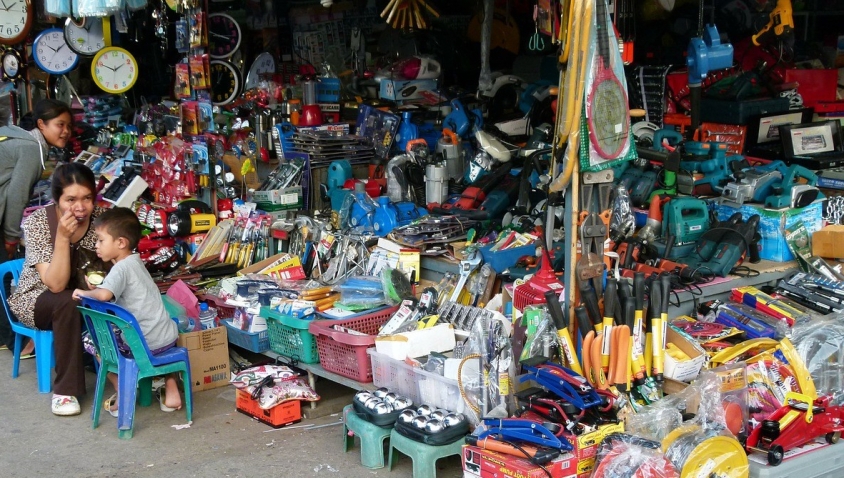 I was pondering all the things when the King whispered, “But there is but One thing.”

I was transported back to one of my favorite stories. The one of Mary and Martha from Bethany. I have said many times I am the Mother of the Modern Day Bethany Three perhaps it is that kinship that keeps the Bethany Three in my mind in such a way I knew exactly to whom the King was referring.

The story goes a bit like this. Jesus and his dudes were welcomed into the home of Martha. Martha had a sister named Mary who sat at the feet of Jesus and listened to him teach. Martha was distracted by all the things and said to Jesus, “Don’t you care that I am doing all the things for all the reasons and Mary is just sitting there doing none of the things?” To which Jesus replied, “Martha, Martha, you are anxious and troubled about many things, but one thing is necessary. Mary has chosen the good portion, which will not be taken away from her.” Luke 10: 41-42