A buzzword that we give lip service to. But do we allow others into our lives to hold us accountable? Could not having accountability open the door for sin to creep in and flourish in our lives? I didn’t find the word “accountability” in the Bible, but the concept is mentioned in Hebrews 10:24-25 where it says

And let us consider how we may spur one another on toward love and good deeds, not giving up meeting together, as some are in the habit of doing, but encouraging one another—and all the more as you see the Day approaching.

And why is that so important?

If you haven’t figured that out in your own life, I’ll tell you from my point of reference. We humans can lie to ourselves. We excuse ourselves. We trivialize the known sin in our life. We play the victim and blame others for our choice to sin. And we’re lazy – we just don’t bother to do the good we know to do, and that is sin. (James 4:17)

We don’t need to be lone rangers only doing self-evaluation. We need each other. We need encouragement, accountability, and open honesty with a few whole-hearted believers to keep each other walking in righteousness and to offer correction and help when we step off into sin. We need a building inspector to come through our spiritual house we’re building and call us out on it when things are not up to code. A building inspector keeps the builder accountable.

Think with me for a moment about King David, a man after God’s own heart. We know of many noble, godly, victory-filled moments from his life. But we also know of his great failure: his sin with Bathsheba and the murder of her husband. Let’s look at that moment of weakness and failure.

In the spring, at the time when kings go off to war, David sent Joab out with the king’s men and the whole Israelite army. They destroyed the Ammonites and besieged Rabbah. But David remained in Jerusalem. One evening David got up from his bed and walked around on the roof of the palace. From the roof he saw a woman bathing. The woman was very beautiful, and David sent someone to find out about her. The man said, “She is Bathsheba, the daughter of Eliam and the wife of Uriah the Hittite. “Then David sent messengers to get her. She came to him, and he slept with her. (Now she was purifying herself from her monthly uncleanness.) Then she went back home. The woman conceived and sent word to David, saying, “I am pregnant. So, David sent this word to Joab: “Send me Uriah the Hittite.” And Joab sent him to David. …David was told, “Uriah did not go home.” … In the morning David wrote a letter to Joab and sent it with Uriah. In it he wrote, “Put Uriah out in front where the fighting is fiercest. Then withdraw from him so he will be struck down and die.” 2 Samuel 11:1-5, 10, 14-15

What are the simple lessons we can draw from his experience?

First, David set himself up for disaster by not being where he was supposed to be.Kings were supposed to lead their army into battle. This particular spring David did not do that. We don’t know why. Often in my life when I am not doing what I am supposed to be doing it’s because of pride or laziness. I either think I’m “all that” and don’t have to do what I should be doing (which a king could easily think) or else I’m just being self-indulgent and irresponsible (also a likely temptation for a king with many servants).

Second, David took a second look.Sometimes we can’t help seeing a temptation. Satan throws them in front of us to trip us up. Are we wise enough to look away? First David saw her. A temptation. Simple. But then, it says “The woman was very beautiful.” At this point he had to have taken another longer look to determine her beauty. The temptation was not sin, but this second was. I think David did become wise to this after the fact, because in Psalm 119:37, David is believed to have penned these words:

Turn my eyes away from worthless things; preserve my life according to your word.

David had learned that his spiritual life hung in the balance when he deliberately chose to take that second look.

The third step in the process – David’s sin went from looking to speaking to acting. After the 2nd look, he asked about who she was and then went on to send messengers and have her brought to him. The sin moved from sinful thoughts to sinful words and then sinful actions. And David’s choice to sin caused Bathsheba to sin as well. Often, our sin rubs off on those around us.

How did this happen?

The fourth thing we observe is that David had not surrounded himself with godly truth speakers.His servants knew what he was doing but didn’t speak. Joab knew of the murder plot and didn’t speak. Why had the king’s advisors not spoken up in the beginning when he chose not to go to war with his army? We don’t know. We do know that at other times in his life he was surrounded by men who offered Godly counsel. Had the king become so great in his own eyes that others feared offering him wisdom? Had he shunned wise friends for a time to do as he pleased?

It has been said that a wise one learns from others’ mistakes. So, as we inspect the lives we are building, what can we learn from an inspection of David’s failure and then apply it to our lives? 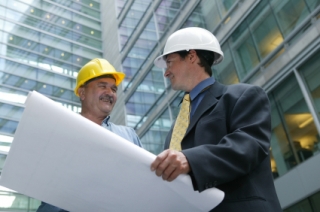