The last several months our ladies ministry has prepared for a year-long study that focuses on building our homes and lives God’s way. We’ve started off in the book of Proverbs seeking to grasp what is revealed there about wisdom, understanding, and knowledge. At the same time, my discipleship group was finishing up an in-depth study of First Thessalonians.

As I was studying through 1 Thessalonians 5, I came upon verse 11. In the English Standard Version it reads:

Encouraging verse. Easy to glance over and tell yourself, “Oh I do that. I’m pretty encouraging.”

But the focus of the study that day was to do 4 things to gain more insight. To

2) ask questions about it,

So I started with step one and began observing and asking questions about the scripture. My thinking followed a winding course that yielded some neat conclusions.

“Encourage” and “build up” sounded the same to me. You encourage someone to build them up, right? So I looked it up in a couple of other versions to see if it would shed some light on the meaning. And the KJV of verse 11 read –

“Wherefore comfort yourselves together, and edify one another, even as also ye do.”

Edify? Hmmm. Does that mean the same as encourage? I thought. I’d heard the word edify in church but had never really had it firmly defined in my mind. Surely it didn’t mean the same as encourage, because then Paul would be saying, “Encourage each other and encourage each other.” That sounded redundant. But sometimes scripture repeats something for emphasis, maybe it was just that.

As I reached for a dictionary, I was reminded of the word edifice (like a big building). I wondered if the terms were connected or were from the same root word.

I looked up the words edifice and edify in some online dictionaries. Edifice did indeed refer to a large imposing structure, concrete or abstract, and to a complex system of beliefs.

For the word edify the primary definition was an expected one: “to instruct and improve especially in moral and religious knowledge : uplift : enlighten: inform.” Its synonyms included, educate, illumine, inspire, and nurture, among others.

But then the second definition, listed as an archaic definition, really grabbed my attention. 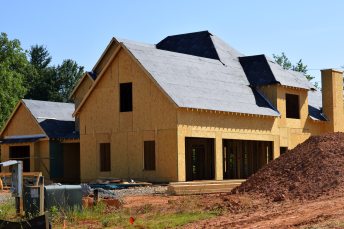 It comes from the Latin noun aedes, meaning “house”or “temple,” which is the root of aedificare, a verb meaning “to erect a house.”

Wow! How neat. My other study is on Homebuilders, and here in a random verse in 1 Thess. 5, God is bringing up the idea of building again.

So naturally I did a quick word study. I looked up the word in a Strong’s concordance and a Greek lexicon that told the original Greek meaning. (If you are unsure how to study your Bible in this way check out previous articles here and here.) The Greek word was Oikodomeō, which reminded me of a yogurt, however, the lexicon I was consulting defined it this way:

(a) usually signifies “to build,” whether literally, or figuratively;

(b) is used metaphorically, in the sense of “edifying,” promoting the spiritual growth and development of character of believers, by teaching or by example, suggesting such spiritual progress as the result of patient labor.

Strong’s Exhaustive Concordance defined it as: to be a house-builder, i.e. construct or (figuratively) confirm, and went on to further say…

a. properly, to build (up from the foundation): to build upon a foundation laid by others, to carry on instruction begun by others. (Luke 11:48)

b. contextually equivalent to restore by building, to rebuild, repair.

c. metaphorically, Since both a Christian church and individual Christians are likened to a building or temple in which God or the Holy Spirit dwells,  the erection of which temple will not be completely finished till the return of Christ from heaven, those who, by action, instruction, exhortation, comfort, promote the Christian wisdom of others and help them to live a correspondent life are regarded as taking part in the erection of that building… .

It’s the same word that’s used in Matthew 7:24 about the wise man who built his house upon the rock, and in Matthew 26:61 when two men claimed that Jesus said he was able to tear the temple down and rebuild it in three days, as well as in Mark 12:1 where it talked about a man building a tower. All of these uses of the Biblical word edify were about physical structures.

The huge revelation in that moment was that in God’s eyes we are building each other! Just as the builders across the street from me are putting together a house, you and I have a part in helping each other become a spiritually strong well-built house. We help build character and habits, spiritual understanding and homes and marriages! We are built up by others throughout our lives and in turn have a role in building others’ foundations on Christ. We need each other – we don’t need to be Lone Rangers!

Isn’t it amazing that our Creator gifts us with the ability to procreate and to be creative in our lives just as He is? Our wonderful Counselor allows us to counsel and encourage others. Christ Jesus calls us to be imitators of him, “little Christs,” Christians, living out life as He modeled it. And God the architect and builder spoken of in Hebrews 11:10, allows us to participate in that aspect of Himself as well! We get to build, to edify, alongside Him! Isn’t it amazing? 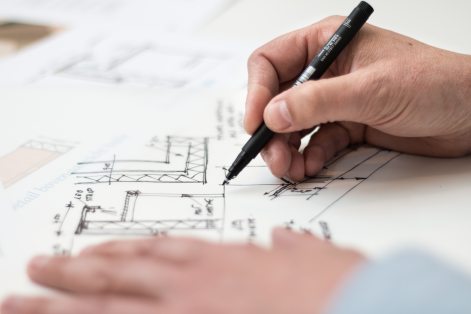 (Dictionary definitions are from Merriam-Webster.)

One thought on “Construction Zone: Edify”