Maybe I have too much fall festival, fireside, popcorn moments on my mind right now, but I was suddenly struck with some obvious similarities.

Popcorn is not the same thing when it comes out of the bag or pan as it was when it went in. Popcorn kernels are small, hard, unappetizing, and inedible. I think I’d have to be literally starving to eat one intentionally. It’s not that they don’t contain the same nutrients before and after being popped. It’s simply that they have to be changed before they are consumed as popcorn.

Likewise, Christ-followers are not the same after they come to know Christ as they were before knowing Him. In 2 Corinthians 5:17 (ESV) we are told “Therefore, if anyone is in Christ, he is a new creation. The old has passed away; behold, the new has come.” We may come to Christ as mean, bitter, hateful people, full of selfishness and underhanded motivations, hard nuts to crack as they say. But when Christ begins wooing us and we turn loose of the reigns on our own life allowing Him to remake us, we become gentle, joyful, peaceful people, filled with the unconditional love of God. The fruit of the Spirit is manifested in our lives causing us to become tasty morsels that nourish the world and produce usable fruit in our lives. We become those fluffy white buttery bits, rather than closed off hard kernels.

Popcorn has to undergo some heated times to fulfill its purpose and become the yummy, useful thing it was meant to be.  I’ve occasionally wondered how popcorn was discovered. Did a mom in ancient days accidentally spill some kernels into the fire as she was pouring them into the pan, only to have a tasty treat pop out and hit her apron a short time later? Who knows. But I do know that it takes fire or extreme heat. Even in the random 100 degree heat of a Southern summer’s day, I have never had the popcorn in my pantry accidentally pop. It takes REAL heat. Fire.

Fire can be dangerous. Going through a fiery trial of life feels dangerous too. You wonder if you’ll survive. But those fires are useful in our lives, just like they are in the life of a kernel of popcorn. If popcorn doesn’t face the fire, it doesn’t become the crunchy treat it was meant to be. It could never be used for food and would not fulfill its designed purpose without great heat being applied. Just like a silver smith, our Father God uses our fiery trials to fashion us into the vessel He means for us to be.

In fact, He uses fiery trials in many ways. As with Shadrach, Meshach, and Abednego, He uses those fires to display our faith in Him which causes even the unbelieving Nebuchadnezzars of the world to glorify His name. He uses those fires to guide us in the direction our life should take, just like the pillar of fire guided the children of Israel where to go. He uses the fire to burn away the dross, the sin, in our lives and make us pure silver that accurately reflects His image to the world. He uses the fires to change us, refine us, remake us.

And so it is with Christians. It takes someone outside our self, someone bigger and greater than us, to transform us. We cannot remake ourselves. How many times have we tried and failed. We read a self-help book and feel like that is just what I need. We then set out to make ourselves better. That may last 2 weeks or 2 years, but ultimately we discover real change on the inside cannot be self-manufactured. It can ony be produced by our Creator God. He is the only one who can make us into a new creation. He changes us slowly, over time as we abide in Him and His word abides in us. He is the Chief Corn Popper, not us. As Paul said in 1 Corinthians

“I planted, Apollos watered, but God gave the growth. So neither he who plants nor he who waters is anything, but only God who gives the growth.” (3:6-7 ESV) 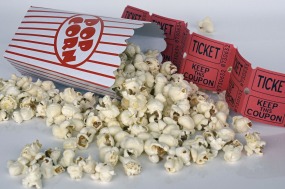 The aroma of popcorn draws people from all around to want it. Just walk into a theater and you’re hit by the aroma. Mmmm! Your mouth waters and you end up with a bucket in your lap and buttery fingers! Walk into a Baptist preschool hall on a typical Sunday morning and you’ll find a trail of grown ups sniffing out which room has popcorn for refreshments that day. It’s an almost irresistible aroma.

As I follow my Savior am I drawing a line of people, and creating a furor by those trying to get what I’ve got? If I’m walking in His ways, spreading His aroma, I will be. Sweet sister, if you find yourself worn out from one more needy soul asking you to pray with them or seeking your godly counsel, a stranger pouring out their burdens to your compassionate heart as you sit on the bench at the park watching your kids play, or a pastor asking you to teach another study, then there is a sweet smell of Jesus attached to you! I’m not telling you to never say No and wear yourself out, I’m telling you keep smelling good! The hungry, needy, perishing world needs to be drawn to the sweet fragrance of Christ in us.

“But thanks be to God, who in Christ always leads us in triumphal procession, and through us spreads the fragrance of the knowledge of him everywhere. For we are the aroma of Christ to God among those who are being saved and among those who are perishing.” (2 Corinthians 2:14-15 ESV) 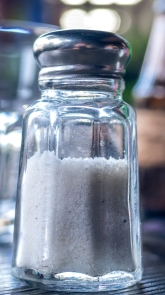 Its saltiness improves its taste. Whenever I eat popcorn, I grieve for people on low salt diets. I would probably never eat it again if I couldn’t use salt on it. It just isn’t good.

Our world is just not good without the influence of Christ-followers. We hear the rudeness, the cursing, the downright mean-spirited comments of the world almost daily through social media and television. Woe be unto us if we are participating in it rather than being salt and light: the peacemakers and spreaders of love, hope, faith, mercy, and the Gospel. Our world is as tasteless as unsalted popcorn when we are not being Christ’s ambassadors and letting Him pour us out of the salt shaker.

So as you sit ’round the fire this fall munching on your warm buttery popcorn, let it remind you to evaluate your life. Are you in the fire in life? Then God will use it to make you who he intended for you to be. Are you spreading the aroma that draws people to your Father? Are you adding saltiness to the world?

“You are the salt of the earth. But if the salt loses its saltiness, how can it be made salty again? It is no longer good for anything, except to be thrown out and trampled underfoot. You are the light of the world. A town built on a hill cannot be hidden. Neither do people light a lamp and put it under a bowl. Instead they put it on its stand, and it gives light to everyone in the house. In the same way, let your light shine before others, that they may see your good deeds and glorify your Father in heaven.” Matthew 5:13-16 NIV