True Story: In a race I once beat an Olympic Bronze Medalist in Track.

Every time I mention said winning in front of said Olympian she laughs, it’s a hearty laugh and often I will mention our race just to hear her Nigerian accent and laughter all roll out together in a determined defense. She claims I cheated. I maintain I did not.

I’ve never been what one might call athletic, the concept of organized sports is really quite foreign to me. I know this will boggle the minds of some, but sports, most of them anyway, do not make much sense to me. Despite years of football indoctrination from a lifetime of SEC Football exposure, the sport of football is a subject where I lack understanding. One would think purely by osmosis, or at the very least, genetic makeup I might have gotten more than a minimal understanding of sports. Athletics, competitive in nature, boggle my mind. I have tried over the years to understand but I can not.

I’m more of an expert stick man artist kind of gal. I can Macgyver a harmonica out of a couple of popsicle sticks, some paper and rubber bands in no time flat, but Heaven Help if someone asks me what the down means or a touchdown or something. I only know a safety is loosely translated as going to someone else’s house and beating them up. It took my coworkers one full Saturday shift during Football Season to explain that concept to me. They soon gave up any further teaching, abandoning me as many have that I just will not get it.

My sister is as much of a Football Fanatic as I am not. She cheers for her school, The Alabama Crimson Tide. She tailgates and touchdown dances, and I don’t even know what all, I just know she loves her team and by sheer happenstance, my wedding anniversary tends to fall on one of the lesser important of the game weeks. My Birthday is an altogether different story. Often it falls on the Iron Bowl weekend and I know that means Alabama and Auburn will be playing each other, families will be divided, and about a metric ton of Ro-tel Dip will be consumed by Alabamians across the state. Game Time is also a good time to pick up some Christmas gifts because just about everyone but me is somewhere, eyes peeled, consumed by one of the most dramatic quarters of a competition for nearly a whole year… or so I am told.

When third grade boys inevitably ask me “Who I go for?” (That’s Alabama slang for which team do I prefer to win; it took me 3 years of teaching third grade Sunday School before I caught on.) I leave them scratching their heads with my answer. “Well, my sister went to Alabama and she and my Husband like them so I like them, but I like Auburn’s history and it fascinates me so I like them too, but My money and my Husband go to Mississippi State so I figure I like them too.”

“But Mrs. Amy, Who do you go for?” I usually just shrug. I digress yet felt it necessary to explain how unnatural a competitive athletic experience is for me.

I suppose that is why I find it funny that by chance circumstances on that fateful day I would beat a medal-possessing track athlete. Perhaps therein lies the answer to my sports disconnect.

My friend, the Olympian, is one of the most humble people I’ve ever met. I had known her sometime before I even knew her amazing history. Another coworker had mentioned it in passing and because it was the honest truth she did not deny it. I was floored. Once I got hold of the fact that she held a for reals, hard-earned medal, I ran with that one. I would question and quiz her daily. I would listen to her stories, woven together in the thread of her native tongue intertwined with words like Alabama and the University and nursing and back home. Commonwealth and games and I would listen and I would watch.

Once I learned of her medal I asked her why she didn’t wear it to work like everyday? She laughed her hearty laugh and I jokingly said “Well where do you keep it? Your panty drawer?!” Again she laughed, there was no denial, and she said “I used to have it hanging on a nail.” I rolled! She kept her medal in her unmentionables drawer! Later as I pondered that one I learned a great and valuable lesson. I can laugh all day about one’s greatest treasure being stowed away with one’s underpants, yet there are days I am no different.

The King’s Word says, I’ve been given a great inheritance, and I’ve been guilty of cramming that baby in my panty drawer and never giving it a second thought. My Salvation, the Lord’s Grace, THAT is a great reward, it is THE greatest reward, but if one were to observe me they would have no clue whatsoever that I held such a tremendous inheritance. A Heavenly reward that supersedes all earthly riches. I walk around some days like a Pauper with that Treasure stuffed down in my drawer next to a bunch of mismatched socks.

My friend, Faith, has also taught me that her treasure, her true treasure isn’t in things. Never once had it occurred to me that mine might be. But it was, it has been, and it’s one I am committed to work on surrendering daily.

Once we were having a discussion about children and it dawned on me like a slap across my face, Faith gives birth to Hope. As a matter of fact, Faith did give birth to Hope and on my birthday (I know the King must’ve planned that one just so that I could understand). I’ve never known humility like hers. I’ve often said she’s taught me more about Jesus in my adult life than near anyone has. I love her, her humility, her joy. I found a picture on the Internet once when I googled her name. It was prompted by Shelton Martin yelling at the Olympics on our television one summer, “C’mon you can win one for YOUR underwear drawer too! Go USA!”

It dawned on me, that is where he thinks one keeps one’s hard-earned medal. He has nothing to tell him otherwise, or at least what his experience dictates. As I thought about our friend, how I love and adore her, I googled her name and found the image. I giggled. It reflects her perfectly. She is laughing and smiling. Her Joy apparent. As I surveyed it, I was once again aware she had taught me yet another lesson, her joy comes from within, from the Savior she serves. He is her joy and her strength and it is to Him I am grateful for having a plan that includes such a Faithful friend. 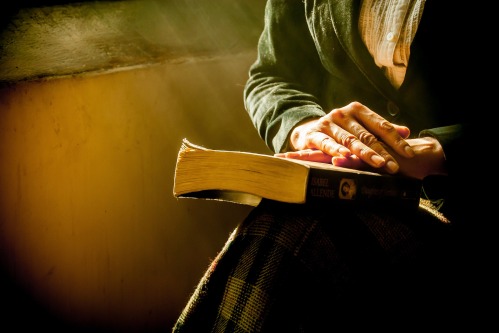