Just moments before I snapped the picture of the balloons headed Heavenward I was sitting in a somber service of remembrance. I was moved by the courage of the Mama and Daddy. They’d lost their precious one and they were making a public plea. Their Dear One had been a recent victim of distracted driving and they had made the most of the opportunity and occasion and implored those present not have cause to experience the pain and hurt they were in that moment.

There are times in life when we are given a captive audience and we can make the most of such an opportunity or not. I sat in awe of their courage, strength and dignity. The Mama and the Daddy, in that moment, they were proving themselves trustworthy. They’d asked those in attendance to avoid distractions while driving. They were speaking to the loved ones seated around them asking them to reconsider picking up their phone the next time it begged for their attention while they were driving.

I listened intently as I sat amongst a dozen or so people, all of whom I share a genetic makeup, as we honored the life of a precious one, who also had running through her body a common DNA as those people surrounding me, the same thread as her Mama. I marveled at these dozen or so people. To my right, my cousin, Dinger as she is best known, more of a sister-like figure to me than actual cousin. To my left, my Mama. A few moments ago I’d heard a statement from her sister Nancy that I already knew.

As the service ebbed and flowed and the sting of tears sat just beneath the surface words of joy and remembrance filled my ears, memories filled my mind and I held my Mama’s hands. As my eyes looked back and forth, I noticed Mama’s hands looked just like the ones slightly to the left in front of me, propped up on the back of the chair, they looked like the ones to the right of Dinger, and the set directly in front on me. Those hands, were my Mam-Maw’s hands.

I distinctly remember them wrapped around a Hull Brown Drip Pattern coffee cup. She would use those hands to pull weeds, feed animals, quilt and sew. Those rugged hands would hang up clothes to dry and hug tiny frames, they’d wipe tiny hands and faces with scalding hot water and Clorox saturated dish rags. Those hands could make a sweet tea that I only wish I could replicate. I’m quite sure when Mam-Maw made it to Heaven Jesus would have declared that she was in charge of the Sweet Tea making. Despite not having had it in 30 years my mouth still longs for that Devine sweet nectar.

As I sat there and listened, I looked at the ones seated around me I thanked the King. I thanked Him for good childhood memories that dozens of cousins, aunts, and uncles filled. Long summers of adventures and fun. I thanked Him that I never eat a kraut and weenie that I don’t think of my Aunt Sis and the summer my sister and I had deduced that she must’ve been pregnant because all she ate was kraut and weenies and she’d recently purchased a high chair. Two coincidences developed from some lean economic times and a practical need being met. We cleaned her entire house that day. We figured she didn’t need to be on her feet in her condition and advanced age. We sat on the steps leading to her den, formulated a plan befitting a seven- and five-year-old.

I thanked Him that the one physical feature that all of us share are early onset crows feet and laugh lines. They are evidence of our good sense of humor and laughter. We are a funny lot, those that share the name and genetics of that side of my family.

I thanked the King for the life of the beautiful young lady who had left our world way too soon and tragically, but I did so knowing that she would not be forgotten. She had not died in vain for the message was given, and the warning heeded. I thanked Him for allowing me to be made up of good, strong stock. His word says that laughter and a cheerful heart are good like a medicine and I thanked that He has abundantly gifted me with those very things. 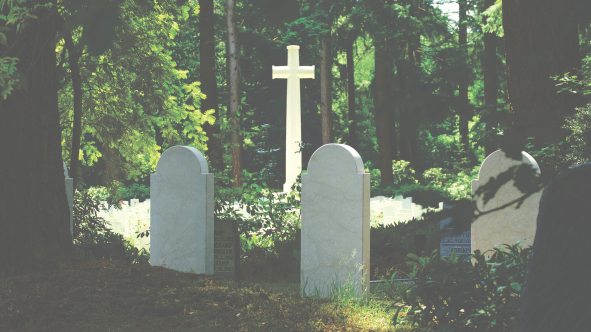