Editor’s note: As Father’s Day approaches we share this story of restoration to offer hope. Jesus changes things, even when it seems impossible to the human mind. 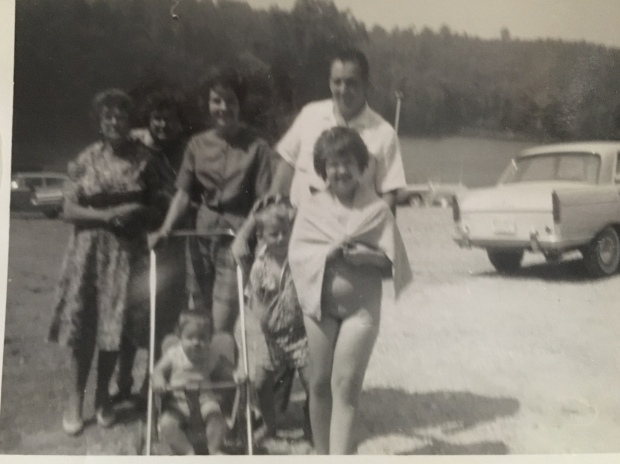 And I will restore or replace for you the years that the locust has eaten. Joel 2:25a

In my childhood, all I remember about my Daddy is him leaving for work. He was a bread delivery man. He left between 3 and 4 a.m. and got home around 8 p.m. On his off day he worked in his Father’s produce company. On Sunday he usually got a call from someone to bring bread because they had run out. He worked very hard to provide for our family; I am so grateful for that. It taught me to work hard. But, I missed out on getting to know my Father.

Daddy was an athlete in high school, so I wanted to be an athlete to get his approval. I wasn’t athletic, at least not until high school. I started playing softball in the fifth grade, Daddy never saw me play until I was married and had my own children. We never got to share that experience.

Daddy wasn’t an affectionate person while I was growing up. He didn’t say “I love you,” even though he did. He didn’t hug us. I began, sometime in childhood to believe he didn’t love me. This thought grew and festered until it became an unshakable belief. I did not believe my Daddy loved me until one day in college.

My mother and father were separated at the time. We were having issues with our septic tank, it was leaking in the yard. I called Daddy and told him to come look at it. I remember being very angry at him, even though he had done nothing wrong. This anger sprang from a bitter root I had against him. I began telling him all he needed to do; my words were harsh and critical. I made it clear, I didn’t much like him! Then it happened, tears began to roll down his face. I was shocked. I had never seen him cry, ever! I really believed he wasn’t capable of showing emotion. Then he said something that forever changed our lives. “Angelia, I love you. I need you to love me.” He loved me!? Until that moment I could not believe that. God broke through my hard heart and softened it toward him. I knew things would never be the same.

Sometime later Daddy came back home for a while. I began nursing school. I was still learning to trust him, and was on very uncertain ground. Just before I graduated, one morning I was leaving for the hospital. Taped to the doorknob on the front door, was a note. It was from Daddy, it said, I am so proud of how hard you have worked in school. You set your mind on a goal, and you have accomplished it. This will bring success in your life. I love you, Daddy. I still have that little note, tucked away in a drawer in my jewelry box, it is a treasure to me!

Not long after, I married and moved away. Our relationship never had time to grow. I remember coming home to visit, as I would leave, Daddy would be standing at the top of the hill crying. I cried too, would I ever know him?

Then tragedy struck. Daddy had to have open heart surgery. After surgery, he suffered a stroke. He was weak on one side and could not talk; his short-term memory was gone. He and my mother had divorced by this time. He was alone. He had no one to care for him. He came to live with us. His speech began to come back, and he began to get better. But he was different. We spent every day together, we would take walks to build his strength, and we would talk and talk. At night, as I helped him get ready for bed, he would hug me, and say I love you. He would thank me for taking care of him. I would go to bed and tell my husband this is so strange, but so good! Our relationship began to bud and blossom. A few months later he went home.

Daddy had met a sweet lady, and one day I got a call from him saying, “Guess what I’m doing?” I had no idea.

They had joined a choir of senior citizens; he loved it. Then someone invited them to visit their church. They began attending, regularly, every time the doors opened. God began a work in him, something I had been praying for years. Occasionally he would mention to me he wasn’t sure of his salvation; when I questioned him, he would change the subject.

Five years ago tragedy struck again, his precious wife, Julia, died. The light of Daddy’s life was gone. He was lost, depressed and lonely. He was unable to care for himself at this time. He wanted to stay in his home, so we hired a nurse for a year. Then the money ran out. So I began going to his house to clean, fix his meds, and spend time with him. We began a routine of me coming and having dinner together. He has been hospitalized several times and God has protected him in miraculous ways. I began to really know my Daddy. He is funny, loves to tell jokes, (I’ve heard them all!) loves to talk, loves history, and his family. He has so many stories to tell about his family, and I love hearing them.

Two years ago, after mentioning again his doubts about his salvation, we sat down and went through the Bible. That night with angels circling around us, Daddy settled this once and for all! What a blessing to be there with him and share that moment. He has never mentioned it again.

We have come to a place of complete healing and restoration in our relationship. Through a series of events, ordained by God, I was given back my lost years with my father. Some might have seen this as an inconvenience, but I saw it as a divine appointment.

The Daddy I never knew, the Daddy I thought didn’t love me, loves me deeply.

Yes, God restored what the locust had eaten. He gave me a gift, wrapped in tragedy, to bring me something I could never have imagined. I don’t regret one single minute, and never will!

And I and my Daddy, will spend eternity in heaven! 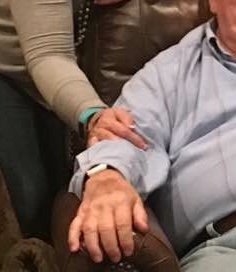 One thought on “God Gave Me Back My Daddy: A Story of Healing and Hope”