When people ask me about Cambodia, I have trouble putting my experience into words. (Partly because I still felt jet lagged the first few days people asked and partly because I just wanted to burst into tears from emotional overload.) I was in Cambodia for only ten days, but it left an indelible mark on me. We were in the capital of Phenom Penh for eight days and in a smaller village called Siem Reap for two days. Throughout the trip, we worked with an organization called Hard Places Community that serves the Khmer people with a goal of keeping children and adults out of the sex trade and redeeming their brokenness through Christ’s Gospel. 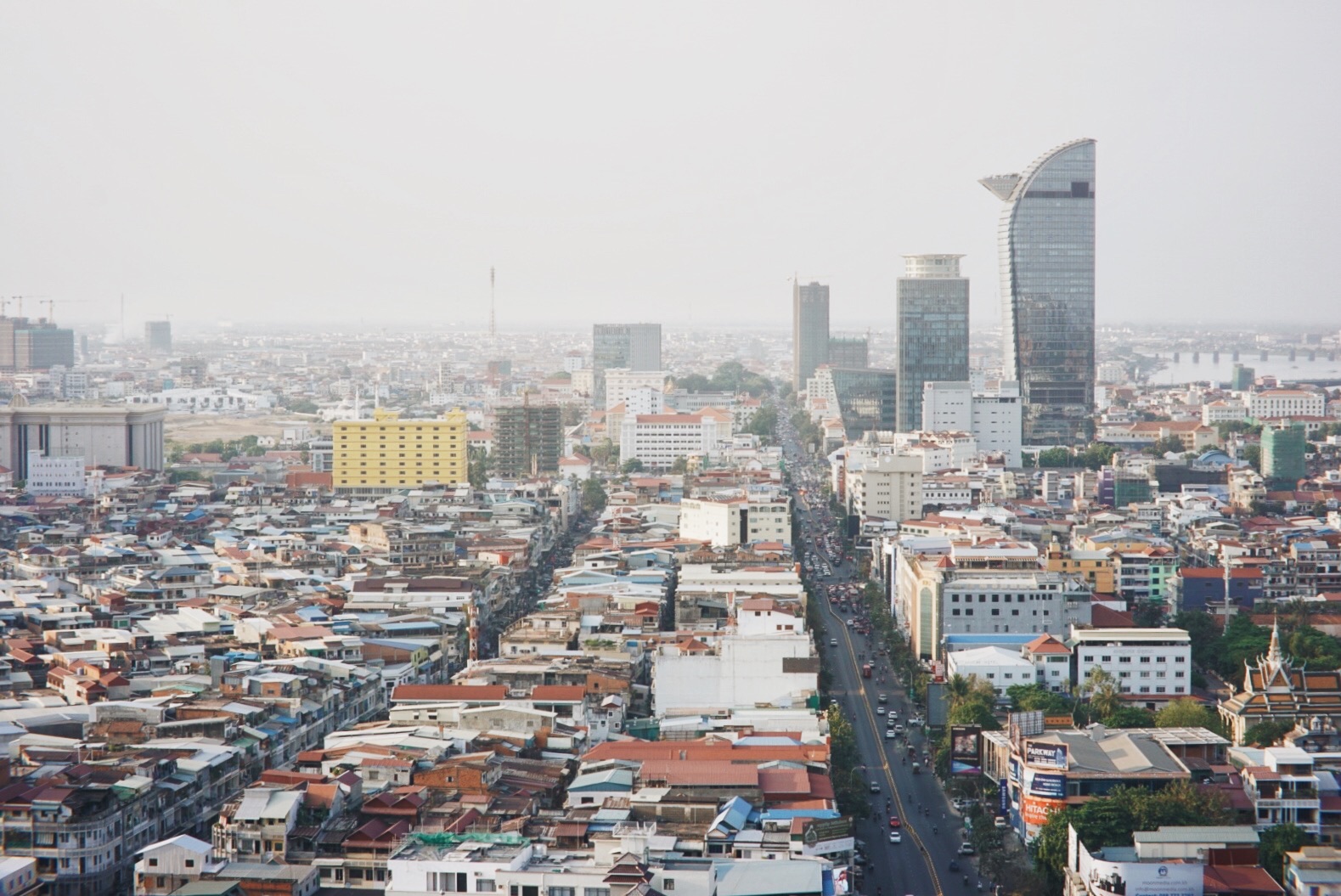 There was a boy around 10 years old with a black t-shirt with the letters “Ok” printed in large white font. The first day, he came to the Hard Places Community center to hear our lesson. (We did mini Vacation Bible School type lessons with kids age 1 to 14.) The second day, we saw him again at the Riverfront. (We went out in the neighborhood in the afternoons to act out biblical stories while dressed in fun costumes.) The boy was wearing the same t-shirt. One of our translators told me that his mom and dad had both died. Now, he lives by the side of the river and relies on the community to keep him alive. Boys like this are very susceptible to the kind of evils that Phenom Penh sees everyday. Evils like being lured down dark alleyways by foreign men who offer money in exchange for sexual favors. Thankfully, this boy has the Hard Places center to offer him food, training in what is right and wrong, and the truth of the Good News. While we were there, he had a large scratch on his leg. On our team, we had a trained nurse Taylor who bandaged his leg. However, many of the kids Taylor treated did not know anything about medical care and ripped off their bandages minutes after she careful cleaned and treated their wounds. But the tiny hope I saw in this boy’s life was that he kept the bandage on just like Taylor instructed him. I saw a flicker of hope that he was listening to us and that God’s truth would stay with him just as much as the medical advice. Maybe by next year, this Hope will grow into a healthy leg and eyes that are no longer filled with sadness.

Another person that I cannot forget is an older lady that I met by accident. One day, I went with Sineath (one of our translators) to invite children to our meeting. We walked past the doorway of a house and a lady called out to us from the shadows. She began speaking rapidly in Khmer to Sineath. Sineath explained to us that the lady wanted us to come inside and pray for her. We respectfully took off our sandals and entered her corrugated tin house. We sat cross legged on the slightly raised floor next to her sleeping pig. Through back and forth translation, the lady told us that she had a dream the night before. In the dream, she saw Sineath come to her door to pray for her. So when we came, she knew it was to pray for her. This lady had recently undergone surgery to remove a tumor, but she felt that part of the tumor was not removed and was still growing. Sadly, this lady had no money left after her original surgery to pay for another consultation. With teary eyes, we prayed for her. I felt very strongly that although her situation was miserable, God was using it to bring her back to Himself. She even admitted to us that she used to believe in God, but lately she had wandered away from Him. I can’t help but believe that this physical illness will bring spiritual healing to her otherwise cancerous heart. There was Hope for her that God was bringing her back to Him spiritually and that He can heal her physically too.

There were so many other people. Men, women, and children. Some broken and some restored. All of them were in need of the Gospel. All of them are like us: covered in the darkness of our sin until we agree to let in the Light of Christ’s truth. 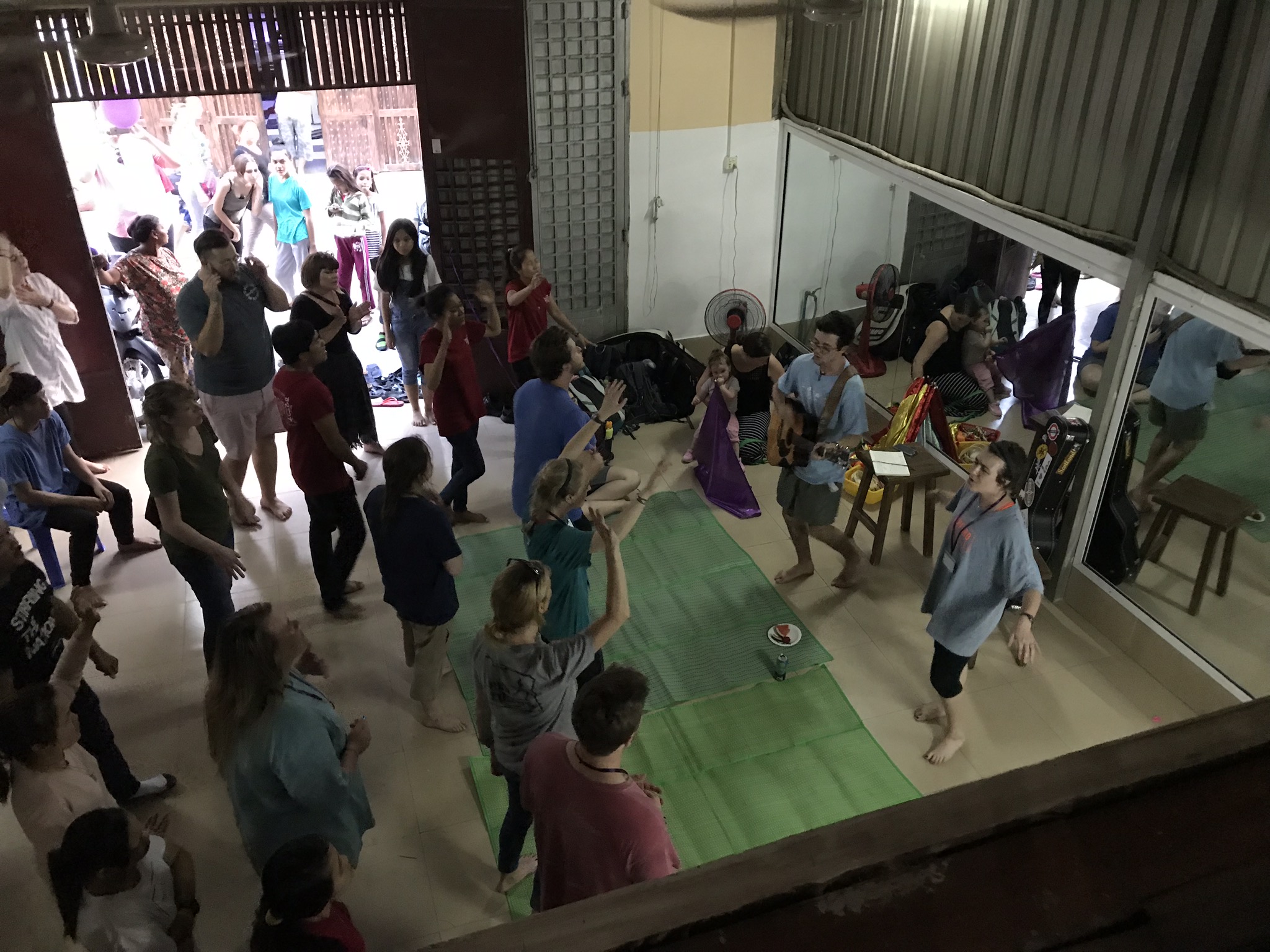 In my jumble of stories, I want to leave you with a metaphor:

As we rode through the cities of Phenom Penh and Siem Reap, we always traveled in tuk tuks. Man, I really miss those bumpy, scent-filled rides. Sometimes we had to hold on to handles on the side of roof so that we would not get jostled out the side of the cart. Sometimes we had loads of medical supplies, snacks, and crafts to take to eager children. Sometimes we knew where we were going, and other times even our drivers seemed lost. Sometimes we filled our nostrils with the smells of fresh flowers or savory noodles, and other times we shriveled our nose to block out the stench of open sewage or piles of rotting garbage. But we always, always rode in tuk tuks for one reason: to meet people.

So whether you are in Mississippi or the great world beyond, I leave you this challenge. Ride the tuk tuk. This tuk tuk is going to take you on a mission for God. There are no doors, and it might get bumpy, so hold on tight. You might have loads of baggage or things to take to others. You might know where you are going or be more lost than unmarked baggage at the airport carousel. The place you are going towards may seem inviting or nauseating. Just remember: you are going to meet the people. No matter what the ride is like, stay in the tuk tuk. Trust your Driver. Let God lead you to whom you need to be with at just the right moment. 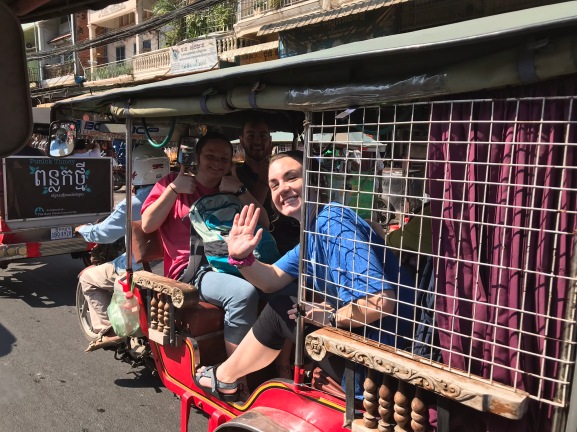 Believe me, this is not something I have grasped. I have called my mom crying more than once since I got home (three times in one day). I have desperately wanted to get off the tuk tuk. I wanted a clearer map, more supplies for the journey, and more appealing smells on the way. I have simultaneously wanted to stop and to get there faster. I haven’t figured out what God is doing. But for now, I am still holding on to the handles. I know this will eventually take me to meet people. It will take me to the people I need to minister to and the people who will minister to me. So, if you see me trying to jump off the side, give me an encouraging yell. Together, let’s ride this tuk tuk until it stops.

[Side note: I cannot share any of the pictures online of the people to whom we ministered. This is for their privacy and protection.]