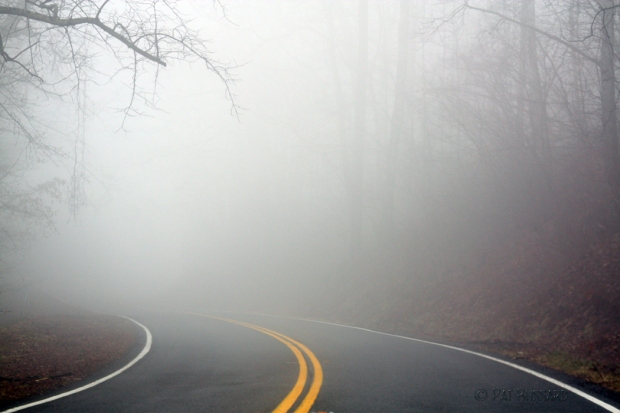 Sometimes my minivan looks like a trash dumpster threw up in it. Truly there will be stuff everywhere. My van will be full of random things like an empty drink bottle, one shoe, half of an eaten biscuit. I might find two bobby pins, an extra t-shirt, multiple scratched CDs, or one earring (I wouldn’t dare throw it away in hopes I might locate its long-lost mate that I haven’t seen in 3 months). There might be a candy bar wrapper or two, a partially drawn in notebook, a car phone charger, various specimen of wipes. The possibilities are endless. The times when my van gets this cluttered I’ll open the door and it’s like garbage dump Russian Roulette. Things just fall out, I have to scramble to pick them up before the wind carries them away or I become a self-proclaimed “litter bug.” Typically I toss them right back in, just so they can fall out and I can do the same thing all over again. It is a tiresome and endless cycle that is merely damage control. It never actually fixes the problem. Eventually my tolerance of the situation will expire and I clean the van out. I love riding in a clean van. It feels very much like I am going on vacation. I always clean the van before a road trip. It is an illusion of order I attempt to maintain.

My brain gets this way too. My van is just an illustration of what happens inside my head, full of stuff I’m holding onto or not sure what to do with and then one day,  Bam! it all starts to tumble out of my mouth. Words carelessly spoken, an overflow of what is going on inside my head. My decision and judgment get messed up, and before I know it I find myself in a bit of a predicament. I have to clean my proverbial brain van out.

Time and experience have taught me to work in a particular pattern.
Step 1: Motive
Step 2: Results
Step 3: Prevention

Step 1: Motive
What was my motive? Why did I choose to make the decision I chose to make? Anytime I operate in F.O.G.S. I can guarantee one thing. It ain’t gonna end well. F.O.G.S. is the short way, an acronym of sorts, for Fear, Obligation, Guilt, or Shame. I added the S a while back when I realized that shame is just as powerful and devastating a motive as its counterparts I’ve named. When either of these – fear, obligation, guilt, or shame – is the filter through which I make a decision, the end result is never good. If I can answer “yes” to any of those motives, I can stop right there and proceed to step 3. The end result of decision-making is always negative when I’ve been motivated by fear, obligation, guilt, or shame.

Step 2: Results
Did this pattern of behavior work? If not why? And why am I still doing it? I’ll be honest, when things go well I do not ask myself these questions. I do not evaluate the why behind the positive results, or at least not as often as I do when things go wrong. When things go wrong you can bet the first statement through my head is an interrogative thought. I need to know the rationale behind things. I tend not to be okay with “just because” or “it’s how it’s always been” or “that’s just how we do it” kind of mentality. I need to know why things are they way they are.

The “ham story” has long been one of my favorites. I heard it several years ago and I completely identified with it so it stuck.

A young woman was preparing her first holiday ham when she abruptly lopped off the end of the ham, discarded the piece and placed the remaining ham in her baking pan. As she prepared to place it in the oven her husband said “Why did you just do that?”

She looked at him and said “That’s they way my Mom always does it.” Her husband pressed further and without a reasonable explanation to offer him, she called her mom. “Mom, why do you cut the end off the ham before you cook it?”

Her Mom responded with “Well, That’s they way my Mom always did it, so that is how I do it.” As the young woman and her mother discussed it, they decided to ask the matriarch, Grandmother, why she always cut the end off the ham prior to cooking, to which she matter-of-factly responded, because the pan I put it in was always too small for the whole ham to fit.”

Step 3 Prevention
How do I keep this from happening again? Begin with the filter of motive. Am I making my choice based on fear, obligation, guilt, or shame. I can say with absolute certainty that the dark place where these reside are places where wounds can run deep.

I adopted a filter system many years ago. In my imagination I visualize it like a series of bubbles with arrows, an algorithm that is followed. I first use the Jesus filter – “Is this decision in direct contradiction to God’s word?” If the answer is yes, I stop right there. Go no farther. If it makes it through the Jesus filter, it goes to the husband filter? “How does this impact my husband, what would he or does he have to say about it?” If the husband filter is cleared then it trickles down until I reach a sound decision.

I don’t always get it right, in fact a large majority of the time I get it wrong, or worse, I don’t get it at all. But that is the very thing for which Grace was intended. Jesus came so that the captives can be set free, the naked could be clothed, the sinner forgiven. He came so that we could have life, but not just life. In the day-to-day and the mundane, have a Life abundant, overflowing with joy. He came to contradict and overcome our F.O.G.S.

Being married to a meteorologist has afforded me some insight into the world of weather phenomena. Fog is a result of air being completely saturated with moisture; fog is merely clouds at ground level. When the cloud gets too heavy, weighed down by the burden of the moisture, it sinks thereby creating fog. When fog is exceptionally thick the air is supersaturated. The fog dissipates when the air begins to dry. This happens when the sun comes out and evaporates the moisture. The reduction in the moisture burden causes the cloud to lift and return to upward state it was intended to be in. Likewise, when the Son is present the burden of the fog is lifted and we are free to live in the state for which we were intended.

When the Son is present the burden of the fog is lifted and we are free to live in the state for which we were intended.